This past week has again brought some much-needed rain to Southwest Victoria, Northern Victoria also received widespread heavy rainfall. The Goulburn Valley has had substantial and widespread rain over the past couple of days with reports of 60-80 mls across the area.

The area is green with good pasture growth in the region. Seeding has been well underway but we’ll see this being held up for a short period of time depending on how quickly the water clears. Overall the area continues to be very positive following a favourable autumn break. 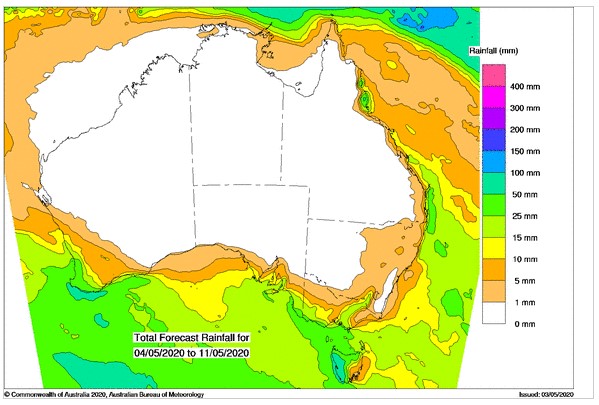 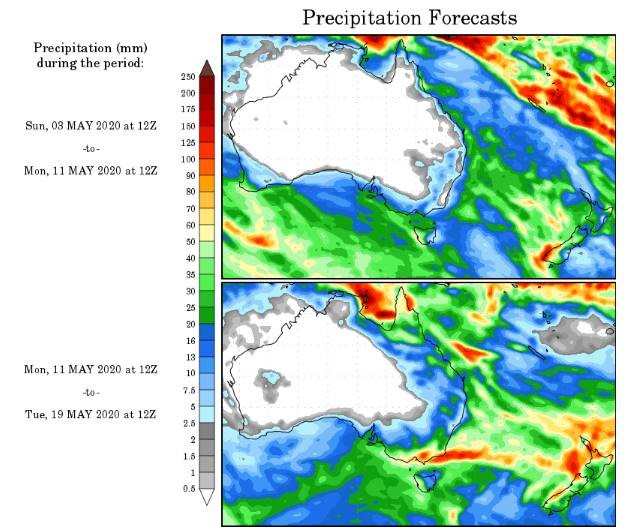 The price has eased in many parts of the country this week. Straw is in abundance and with no real movements to report, prices have significantly eased in most regions.

Enquiry is slow, there is no hay moving from the region compared to a couple of months ago. Loads have continued into the Cooma area as dry conditions still being felt in those parts. This has included canola hay.

The main theme this week across the whole country is hay movement is ‘slow’, with very little demand. There are low volumes of non-contractual hay being transported at the moment as well. Many farmers are still trying to cancel contracts. With this in mind, it is becoming easier to source high-grade hay. 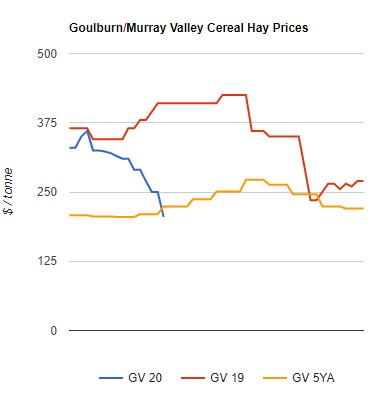 Cereal hay, lucerne and straw prices have eased this week.