The crops in Goulburn / Murray Valley have lifted following the rain, the area had a dry week following a wet fortnight, where the region received over 80mm.

10mm of rain was recorded over the past week in South West WA. This has been a favourable follow up to the 25-30mm received three weeks ago.  Widespread rain has been recorded after several dry months; however, more rain is required to effectively finish the season off.

40-60mm of widespread has fallen in the Southeast SA. Crops continue to do well, however, more rain would be ideal at the end of September.

With the upcoming market to be loaded with hay, growers recognise that quality will be the major factor in finding a buyer this season. 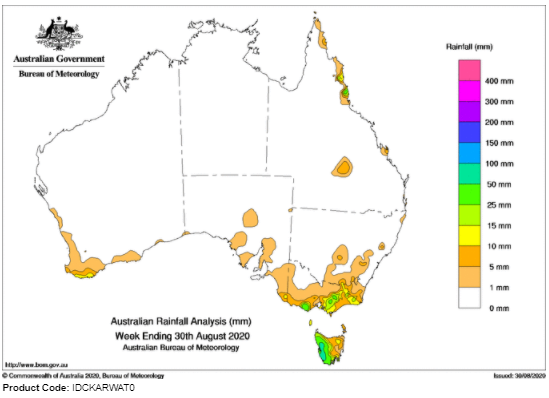 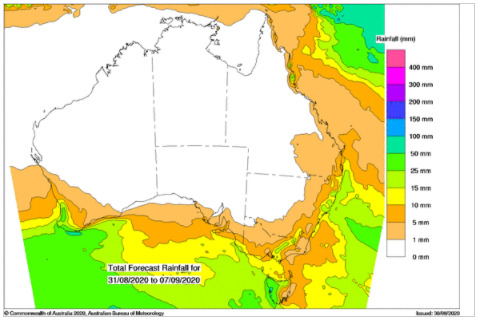 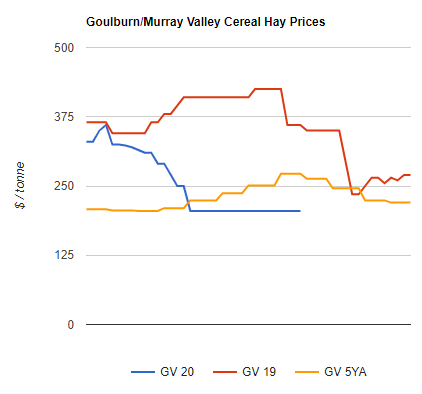 Silage has started in the Goulburn / Murray Valley, pasture and hay boosters will be going out once silage has been cut. There is very little demand in the area as winter has not been as harsh as first predicted.
There are still good supplies of local feed. Farmers are only buying what they need to get through.
Mallee and Wimmera areas are having good seasons, there will be plenty of cereal hay and vetch available to move into the Southwest.
Crops are up and doing well across New South Wales, Victoria, and South Australia. With most areas continuing to receive favorable consistent rain.

Confidence has been restored to the west following more significant rain. There is no demand at present and this is likely to remain until new season hay is available (supply that does not get exported).
Confidence amongst growers is accumulating, however, more rain is required before the end of September to finish off the season. The export industry continues to dominate the WA market and is a solid indicator on pricing. Exporters continue to seek out quality hay and as a result, will set the price in the market for quality hay.
Reasonable hectares have been planted for hay this year. Domestic requests mainly come from the south coast of WA and now with some rain that area has enough feed.
The end of September will be a telling point, more rain could produce above-average yields.
Demand will traditionally pick up in November after new season hay is in the bale. Currently, there is very little seller engagement but there are no inquiries either.

Demand remains very slow in region. Growers are looking to November and December for inquiries to pick up, this is all dependent on conditions going into summer.
Lamb growers in the area that have kept stock after the market dropped still have plenty of feed in paddocks. 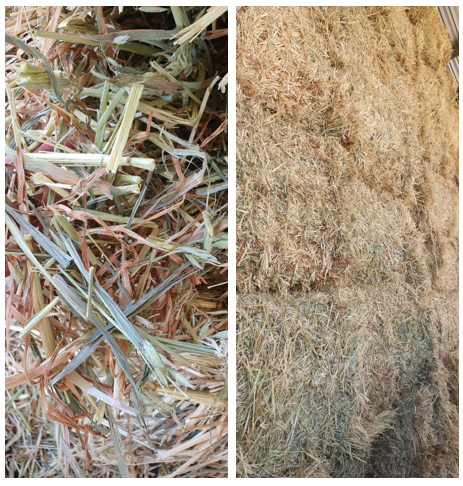 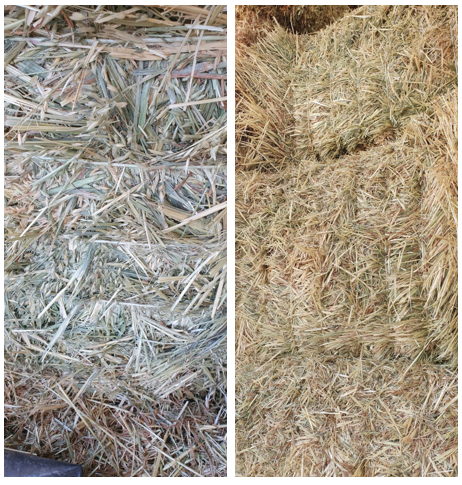 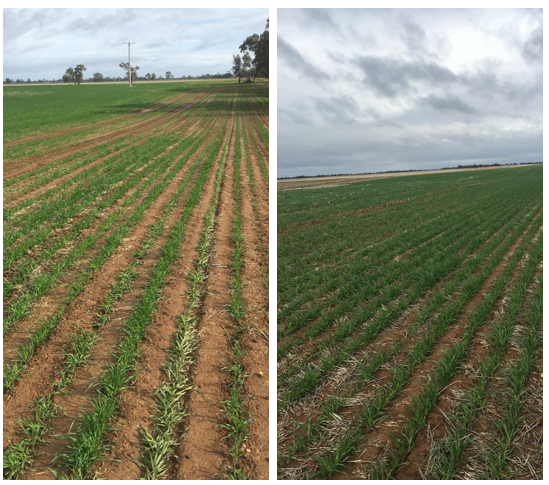