The Goulburn and Murray Valley region received around 10mm of rain last weekend and by reports, the area is experiencing one of the best starts in recent years. The area is still very green, and feed continues to grow. Growth is much slower now with the onset of colder weather but continues to graze well.

Southwest Victoria have had a relatively dry couple of weeks, reporting only light showers. It remains cool and overcast on most days which is therefore limiting growth. Farmers in the local area are working on urea and spraying programs now for pasture crops. 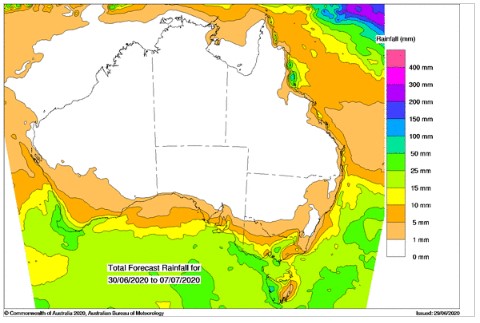 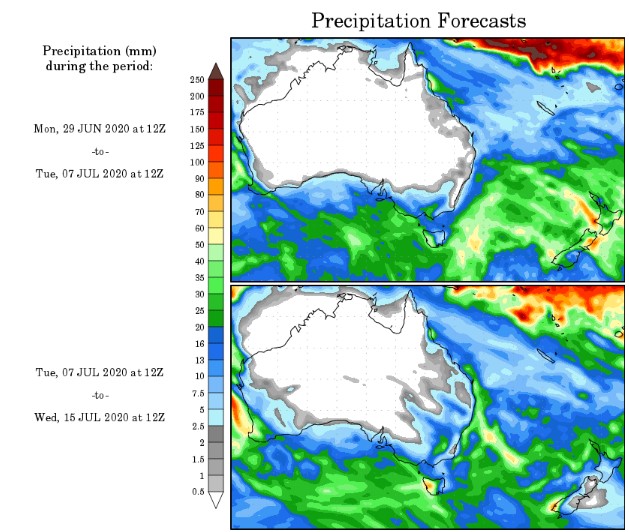 The stand off in the hay market continues, with neither buyers or sellers making substantial moves. The traded volumes of hay are well below normal and hay stocks are likely to build next season.

Enquiries in Goulburn and Murray Valley region are quiet and demand is low with enough feed on hand either in paddocks or in sheds. Some hay is still moving out of the region to Cooma, NSW. The regions decline in dairy cow numbers has also impacted demand. There has been some Canola hay available for $220/t, but this is increasingly difficult to source.

It was been wet on the south coast of WA but still patchy conditions in other areas. The southern area continues to do better than the top of the Wheat Belt.

The storms that occurred around Northampton/Geraldton did cause a lot of damage to crops that had been planted and there has had to be some reseeding done in these regions.

Hay crops are up and looking good at this stage in the south.

Some export hay growers have increased plantings for new season hay. Given the right conditions and that it meets export requirements there is a hope that this extra hay will be wanted for export. WA remains Australia’s largest producer of export hay.

Many are trying to get by on what feed they have as domestic prices are felt to be just too expensive.

There is very little hay or straw left that is not spoken for in WA. Straw, lucerne, and pasture are difficult to source. Growers have had to turn new inquiries down as they do not have the supply.

No major price changes have been noted this week.

Southeast South Australia is having a good start to their season and is in a favourable position.

Farmers are now coming to the end of winter planting and everything is on track for a good season. The first of the crops are well and truly up and looking positive.

Demand remains flat in southeast South Australia. There has been some nervous selling potentially feeling that any old and damaged stocks need to be moved before a flood of new season hay comes onto the market in the spring.

Demand will improve as it does for most areas when feed is needed to carry over stock during the cold months but that has not occurred yet to any great degree.

Prices have eased this week.