In the Goulburn Murray Valley summer is starting, and the weather is moving accordingly. Hot days and a few storms have hit the area. Yields have been high than usual this season, though there has been some weather damage to cereal hay.
South West Victoria also had some heat and stormy weather. Generally, quality has been higher in the latest hay produced in the Mallee and Wimmera.
Gippsland was rain-free this week, allowing the south of the region to dry out quickly, with pasture going to head.
South West WA has seen 45mm of rain has so far in November.
South-eastern SA has seen variable quality and levels of weather damage to produce. Pasture hay is being baled that has been largely kept dry. The season’s end is within sight. 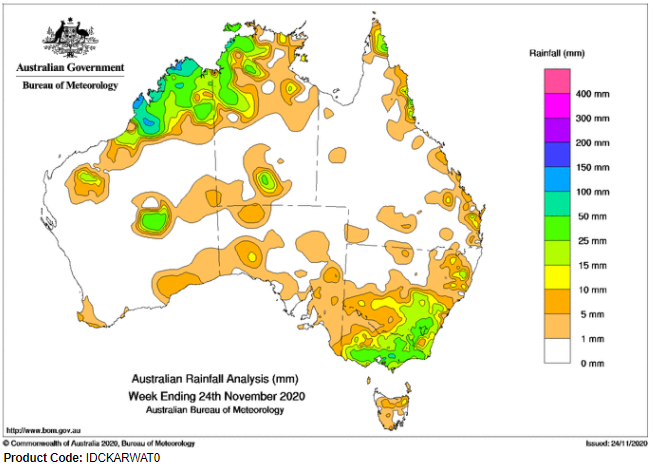 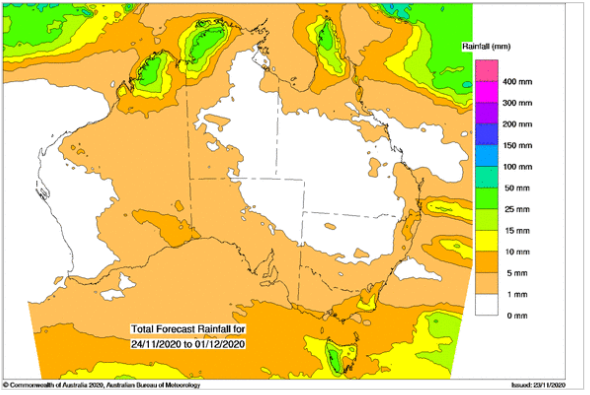 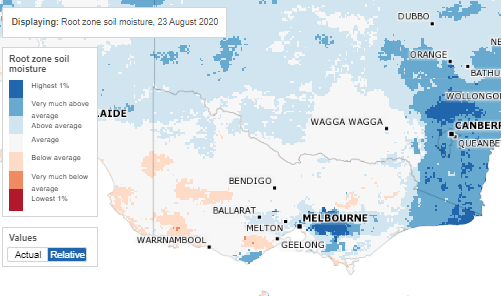 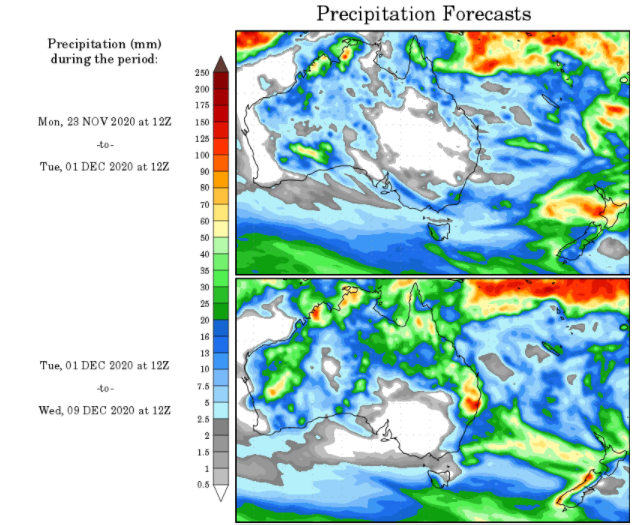