The Goulburn Murray region is forecast to receive some light rainfall over the weekend. In light of the current weather patterns, demand for good quality roughage from cattle producers may be arrive earlier this season.

The region is still very green, and feed continues to grow. However, this growth is much slower now but continues to graze well.
Southwest Victoria have had a relatively dry week, reporting only light showers. Rain is forecast for the coming weekend. The region has only experienced a couple of light frosts thus far.

Hay and straw stacks are providing an ideal haven for mice during winter, numbers are building on farms between Culgoa and Elmore. Growers are implementing baiting programs to minimise the impact of mice on the quality of their hay. 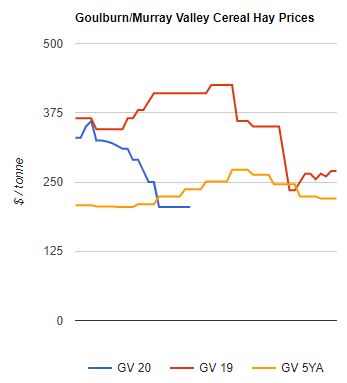 Enquiry for purchased feed is low, there is very little hay moving from the region compared to a two months ago. Many sheds are still full due to contracts in the north not being fulfilled.

Farmers in the local area are working on urea and spraying programs now for pasture crops.

Charlton in the Wimmera is having a great start to the season. The Southwest will benefit from this as this is one of the area’s they rely on for good quality cereal hay.

Local demand remains steady in Southwest Victoria. Some cereal/oaten hay has been delivered in from the Mallee over the past week. Very reduced demand at this stage as cattle farmers continue to be self-sufficient.

Winter demand for hay and straw from dairy farmers is also trickling along with loads moving from northern Victoria to Gippsland and the Murray Valley. Gippsland buyers normally buying vetch hay are buying wheaten hay for $275 a tonne from north central Victoria, growers further west and south are struggling to achieve these prices as they suffer a $20 to $50 a tonne freight disadvantage to the key markets further east and north.

Although it remains a buyer’s market, the right quality and contacts are proving effective tools for hay sellers this winter.

Southwest Western Australia has received some patchy rain with heavier falls closer to Esperance. The southern area continues far better than the top of the grain belt.

Hay crops have emerged and looking favourable at this stage in the south with conditions satisfactory.

Some export hay growers have increased plantings for new season hay. Given the right conditions and that it goes on to meet requirements there is a certainty that this extra hay will be snapped up for export.

Many are trying to get by with what feed they have as domestic prices are assumed to be too expensive. There is very little hay or straw left that is not spoken for in Western Australia. Straw, lucerne, and pasture is difficult to source.

Growers have been Turing new inquiries down as they don’t have sufficient supply.

Southeast South Australia has reported no rain but will potentially see some over the weekend.

Farmers are now coming to the end of winter panting and everything is on track for a good season. The first of the crops are well and truly up and doing well. 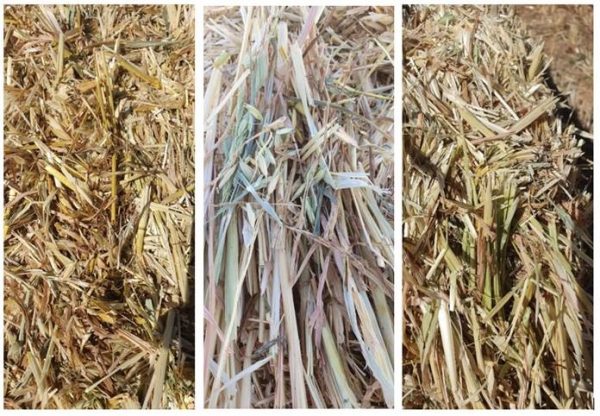