Many parts of New South Wales, Victoria, South Australia and Tasmania have reported three to four consecutive days of heavy frosts, some areas the temperature was recorded as low as -4˚C.

In light of the current weather patterns, demand for good quality roughage from cattle producers may be arrive earlier this season.

In northern parts of the country, farmers are looking for good quality hay for weaner cattle. The demand isn’t significant as numbers are down due to heavy destocking over the past two years.
Growers are reporting some difficulty getting onto paddocks due to the wet conditions and will struggle to spread fertilisers and spray. It may be a season where planes are increasingly used as a replacement of land machinery to get these jobs done. 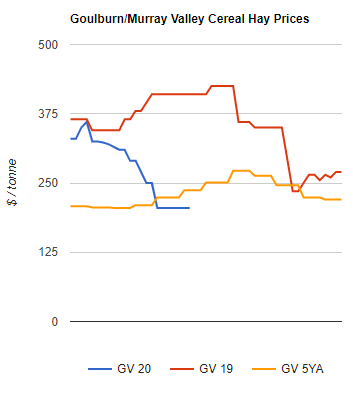 Enquiry for purchased feed is low, there is very little hay moving from the region compared to a two months ago. Many sheds are still full due to contracts in the north not being fulfilled.

Southwest Western Australia has received some patchy rain with heavier falls closer to Esperance. The southern area continues far better than the top of the grain belt.

Hay crops have emerged and looking favourable at this stage in the south with conditions satisfactory.

Some export hay growers have increased plantings for new season hay. Given the right conditions and that it goes on to meet requirements there is a certainty that this extra hay will be snapped up for export.

Many are trying to get by with what feed they have as domestic prices are assumed to be too expensive. There is very little hay or straw left that is not spoken for in Western Australia. Straw, lucerne, and pasture is difficult to source. Growers have been Turing new inquiries down as they don’t have sufficient supply.

Southeast South Australia has reported no rain but will potentially see some over the weekend.

Farmers are now coming to the end of winter panting and everything is on track for a good season. The first of the crops are well and truly up and doing well. 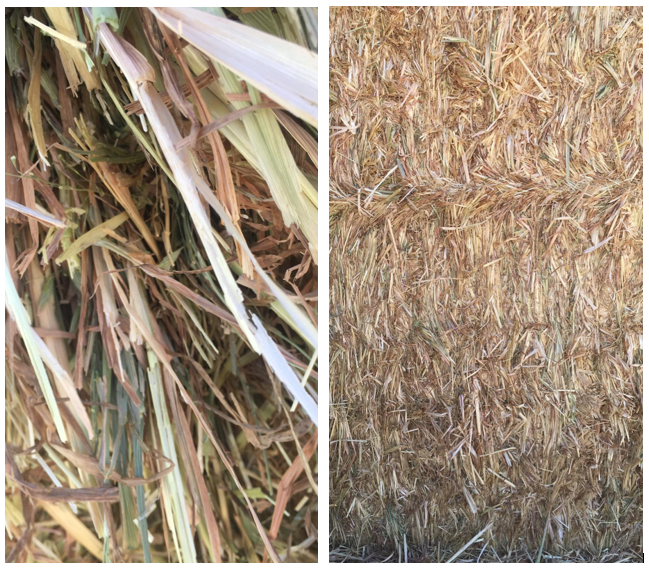