The Goulburn/Murray received just under 10mls last Friday. This week has been cold mornings but mostly clear days. Urea application continues, trying to capture any rainfall to wash it in. The valley is still very green and feed continues to grow. Growth is much slower now with the onset of colder weather but still grazing well.
Some areas are still borderline wet such as Gippsland and even northern Victoria after the continued rainfall in these parts. Only light falls are required to keep these areas going now until the spring. The decile two to three rainfall for June in both Gippsland and southwest Victoria has seen firm paddocks providing resilient pastures. From many dairy and beef producers, these conditions have enabled them to use only small volumes of their stocks of hay and silage.
South West WA has reported it will be dry for at least another two weeks. After some rainfall some confidence towards the season will start to return, continued rainfall will still be needed to get growers through to the spring.
Southeast South Australia received 25-31mls in the last week, the Mount Gambier area is very wet. The first of the season’s crops are starting to canopy over, everything is looking good. It’s not too wet for the majority of the Southeast. First of the in crop weed spraying has occurred, farmers keen to keep the plantings nice and clean. 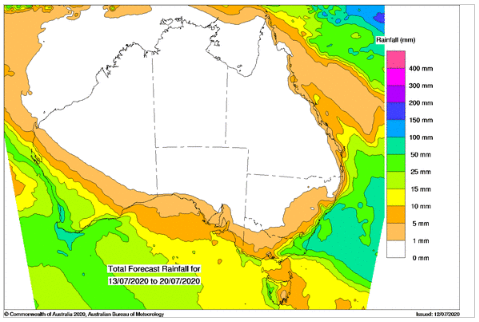 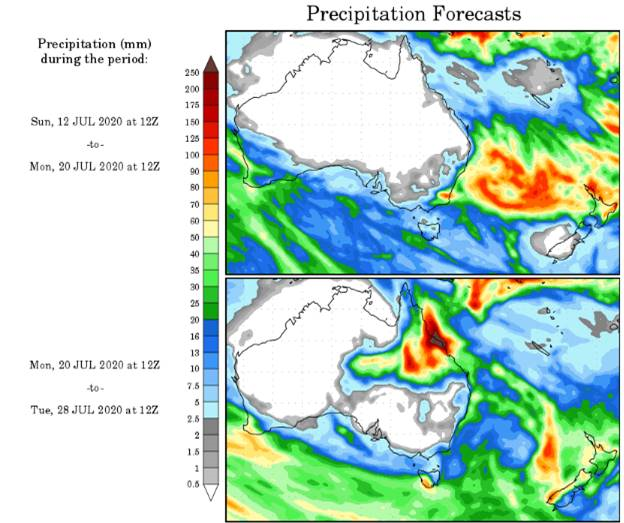 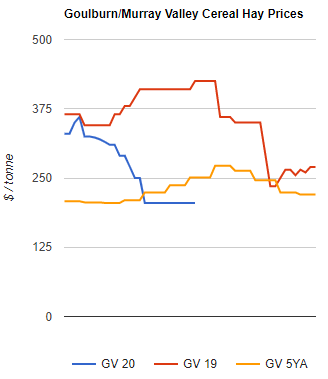 With enough feed on hand either in paddocks or in sheds, enquiry is quiet and demand is low.
A traditional season of supply and demand is expected as we look ahead. Ongoing favourable conditions will see large supplies of hay and therefore pricing follow a more ‘typical’ year. Favourable seasonal conditions and an increase in hay on the domestic market forecast for the 2020 harvest will make it a little easier for exporters to source appropriate fodder.
There was some disruption this week as the boarder closed between NSW and Victoria. Permits were messy and the website didn’t handle the large influx, but the movement and process has improved.
Now we are close to the last half of winter some hay sellers are wondering if they will be able to sell their residual hay and straw. Their hay crops are looking promising and they will need all their hay sheds empty in time for baling this October.

Hay crops are up and looking favourable at this stage. The last of grain crops are in now, with barley plantings being replaced with wheat. Some export hay growers have increased plantings for new season hay.
Many are trying to get by on what feed they have as domestic prices are felt to be just too expensive.
There is very little hay or straw left that is not spoken for in Western Australia. Straw, lucerne, and pasture supplies are difficult to source. Growers have had to turn new inquiries down as they do not have the stock.
With limited carryover from previous seasons and poor yields across the state, securing long-term, reliable sources of feed may still be an issue.

Demand remains flat in southeast South Australia. There is still reports of nervous selling, potentially feeling that any old and damaged stocks need to be moved before a flood of new season hay comes onto the market in the spring. There are also reports of some growers holding off for higher lucerne prices.
Demand will increase as it does for most areas when feed is needed to carry stock during the cold months, but this has not occurred to any great degree so far. Some dairy farmers further south that have been waterlogged have reached out for good hay.

Prices have eased this week. 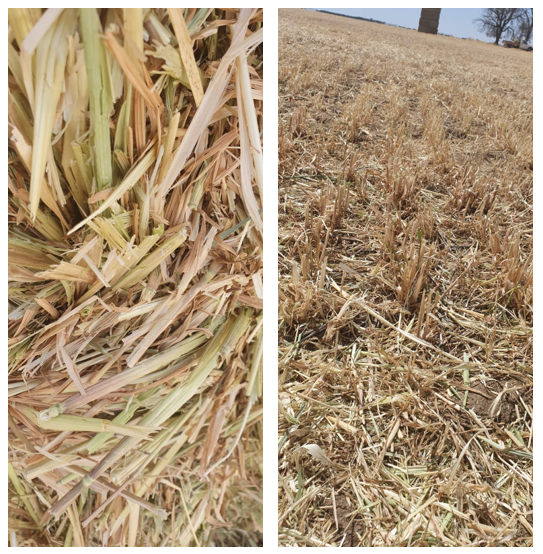 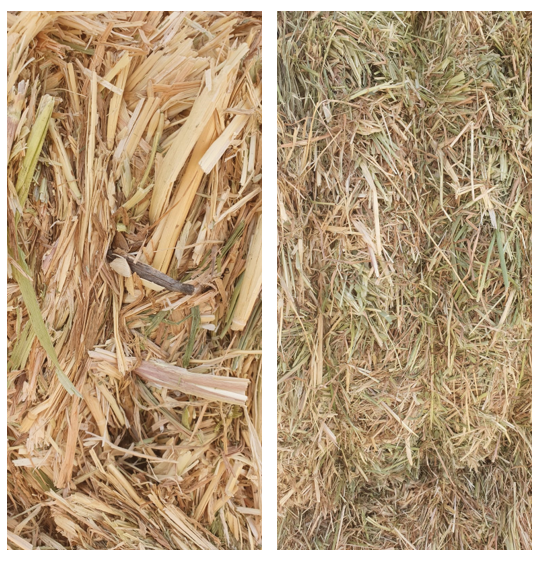