While constant rain during September and October is working well for grain fill, it is a headache for cereal hay growers. Once oaten hay crops reach growth stage 71, when the head has emerged from the flag leaf and the grain is watery ripe, quality can deteriorate. Researchers have found that in the week after reaching GS71 typical neutral detergent fibre levels increase six percentage points and water-soluble carbohydrate levels fall 10 percentage points.
Goulburn Murray Valley region received 20-25mm of rainfall this week, this was ideal for crops, which are doing well in the region.
South West Victoria received 50mm of rainfall this week, as growers report some of the wettest conditions all year. Silage production is up on previous years.
South East SA received 20mm of rain this week. This rain has been timely for the area and helped drive a good spring. Crops in the region continue to do well.
The Brunswick area received 30mm of timely rain this week. Across the Wheat Belt conditions have become dry. Growers made the decision to cut even though it was still early. 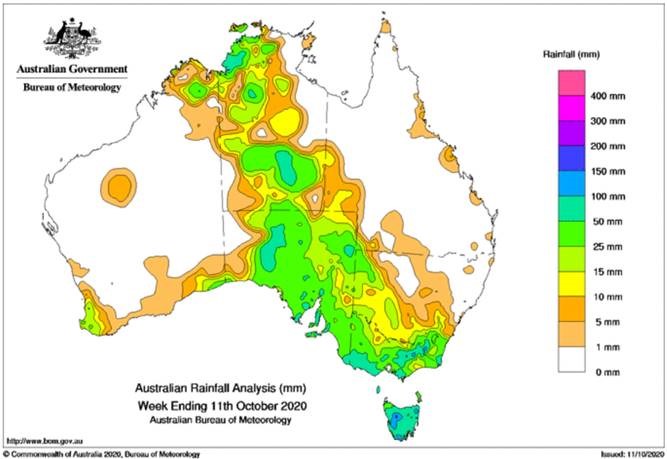 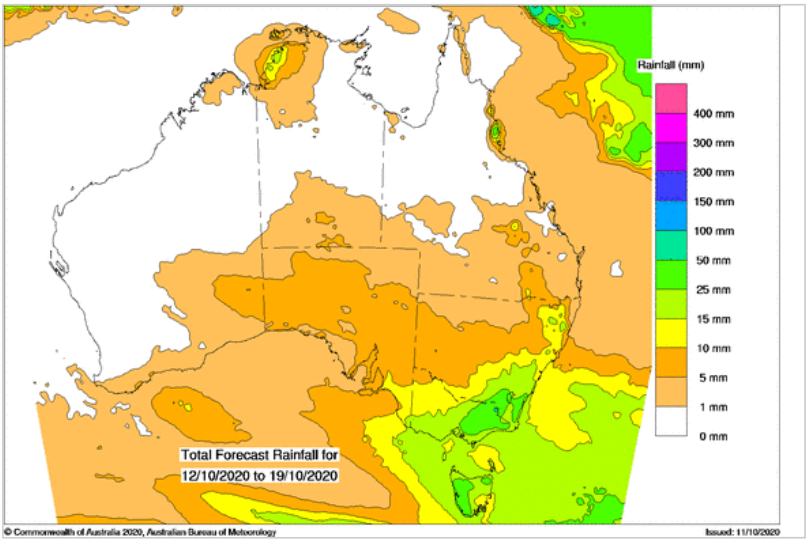 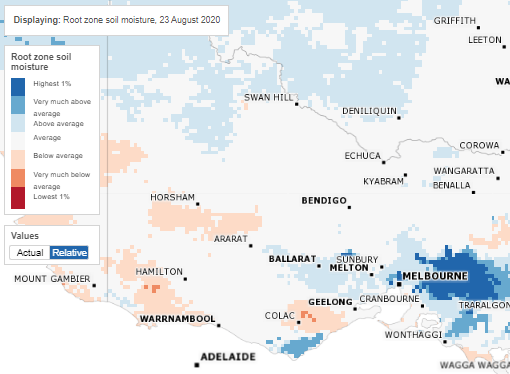 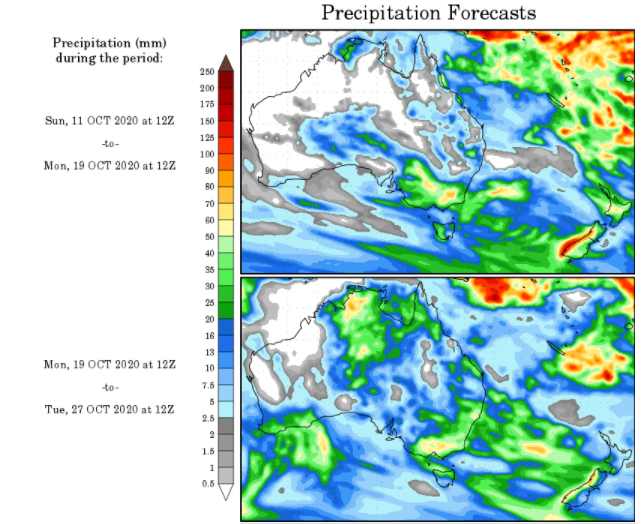 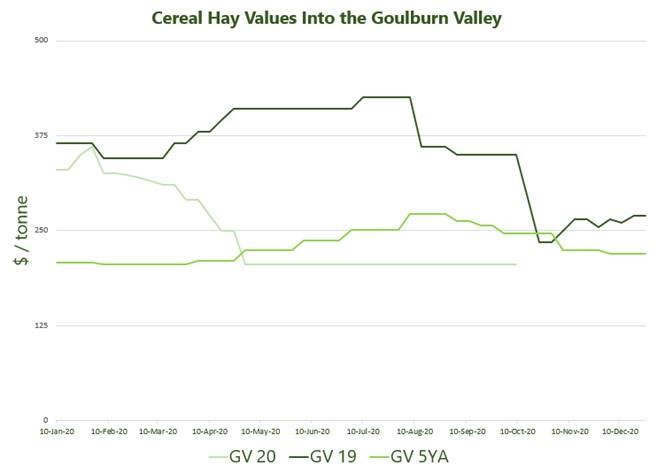