Rain is expected to fall in many parts of Australia over the next week, including Southwest Western Australia where it has been largely dry. Many growers have taken the opportunity to increase on farm covered storage in preparation for higher yields.
Over southern and eastern Australia the cold front events with potential to bring widespread rain are now expected about 18 August to 22 August, 24 August to 28 August, and 5 September to 9 September. Rain events originating in the tropics and moving south are possible about 31 August to 4 September.
No rain to report in the Goulburn/Murray this past week, it has been cold following some milder conditions. The region was expected to receive rain last weekend and again the middle of this week. The silage season is still up to ten weeks away in the southern parts of Victoria.
No rain to report for the Southeast of South Australia. Any rainfall over the next three weeks will be beneficial. The silage season is still six to eight weeks away.
Over Western Australia the strongest cold fronts should occur about 15 August to 19 August, 5 September to 9 September, and 9 September to 13 September. Rain was reported this week in the west with Ravensworth getting a good wash and many from the area have commented that they have been able to fill dams. Further north around Callingiri (north east of Perth) recorded 7mm. This weekend is set to bring widespread rainfall from the Cape all the way down to Esperance. The front still looks strong and could bring up to 20mm of rain. Hay crops are up and looking good at this stage but with low subsoil moisture they are needing a decent rainfall.
Urea continues to be applied with farmers trying to capture any rainfall or heavy dews to wash it into the soil. Milder conditions and widespread rainfall have kept grass viable for stock in many areas. The cattle market remains strong which continues to affect demand. 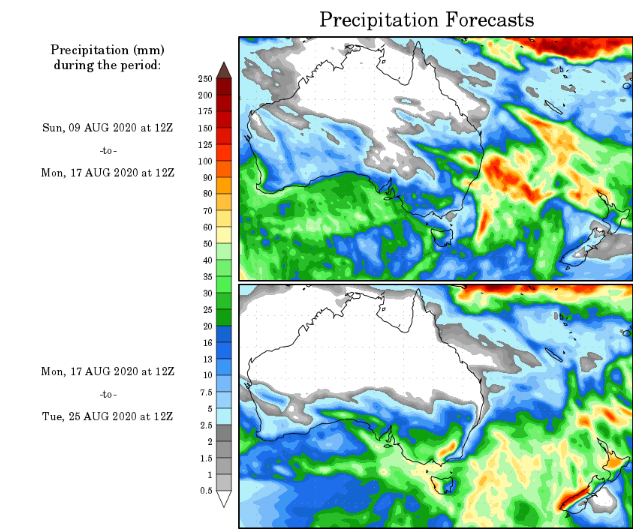 A traditional season of supply and demand is expected as we look ahead. Ongoing favourable conditions will see plenty of hay produced especially in New South Wales, Victoria and South Australia. With less volumes of hay traveling long distances (as it has over the last few years during the drought), it is expected prices may continue to ease.
The area is still very green, and feed has taken off with the milder conditions. If the rain falls as per the forecast, then the area will continue to be on track for a good season.
There has been very little demand this winter due to the milder conditions.

Many in the west are struggling to secure fodder for the next two months to get them through until new season hay hits the market. There have been concerns appear that some areas will struggle with production due to the dry conditions and therefore the bale numbers will be well down.
The export industry continues to dominate the WA market and is a solid indicator on pricing. Exporters continue to seek out hay and as a result, will set the price in the market for quality hay. Exporters are already in discussions with growers regarding new season hay and demand looks to be on the increase from last season.
Concerns are emerging that if the season comes up short, the tonnage of export grade hay needed for international market will not be there.
There is very little hay or straw left that is not spoken for in the west. Straw, lucerne, and pasture are difficult to source.

No changes to prices this week as there is very little trade in the market. Any movement relates to previously committed orders.

Crops continue to do well and those planted early have started to tip over. The demand that was expected to increase over winter has not eventuated. With adequate supply on farms and pasture staying viable, many farmers have not had to source additional roughage to carry stock.
Demand remains very low in Southeast South Australia. There are still small volumes moving north into areas of South Australia that remain dry. There are growers who are keen to move hay but there is little demand for this.
Demand was thought to improve as it does for most areas when feed is required to carry over stock during the cold months but that has not occurred. Growers have reached out to parts of Queensland to see if there is any demand to try and move some of last season’s hay. 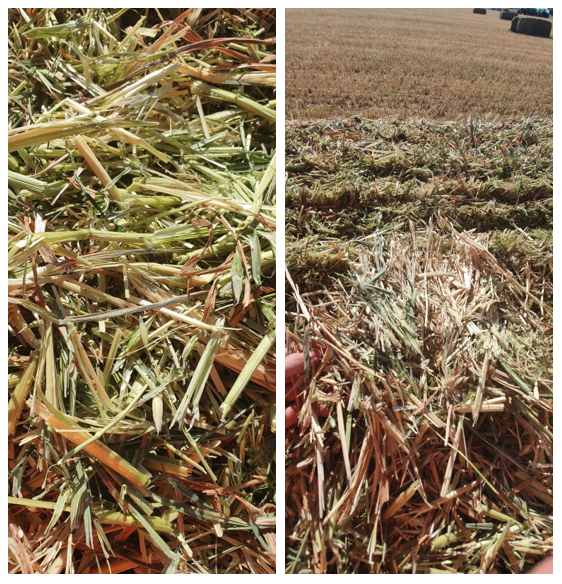 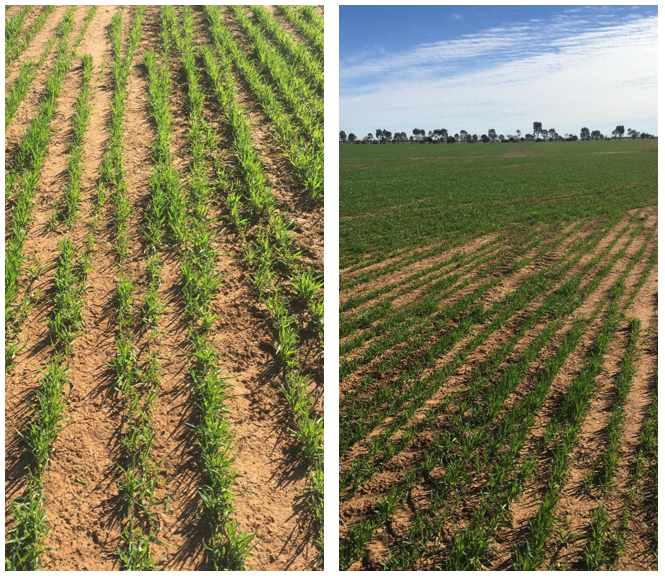