Most parts of Victoria continue to enjoy a fantastic winter seeding time. These regions have some rainfall forecast this coming week. These areas are also starting to experience winter-like conditions, meaning the green feed will begin to burn off.

Much cooler days and some light frosts have fallen in the area. As conditions turn cool and wet, the need for good quality roughage for cattle producers may be much sooner this season. The region is still very green, and growth is favourable in the region.

Many cereal hay crops in the Mallee have germinated and hay crops west of Warracknabeal are 70 per cent germinated. 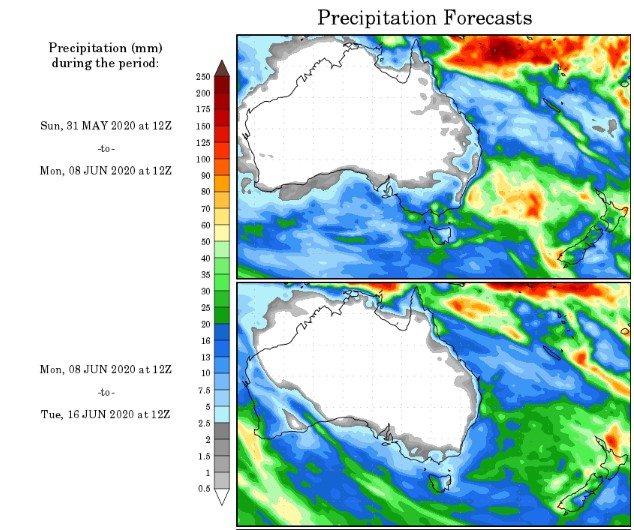 The theme across the whole country is “no demand and no movement”. By no means is this a negative scenario, rather a period of time where the market is realigning the supply and demand fundamentals. Enquiry is slow, there is no hay moving from the region compared to the previous two months ago.

The Goulburn and Murray Valley have had another week of perfect conditions for winter seeding and most farmers are three quarters of the way through. The area received between 30 and 50ml’s of rain a week ago. Growers have started topdressing canola this past week. 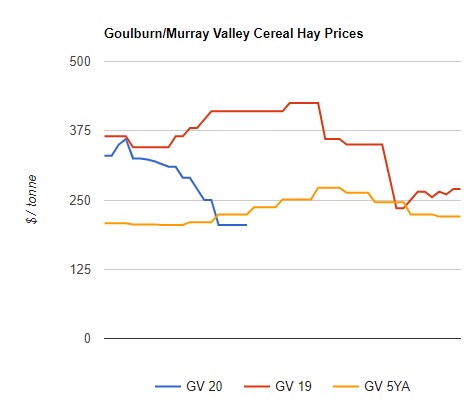 There was so much hope for widespread rain once the cyclone made land during the past week. Sadly, it brought mostly damaging winds causing severe soil erosion along the northern wheat belt.

Recorded rainfall for the West ranged between 5 and 20ml’s. More rain is forecast over the next few days but nothing significant is promised at this stage. Southwest Western Australia will be continually looking for rainfall over the coming month to push new season crops along.

The wheat belt is busy with winter plantings of oats and wheat for new season hay. While the Margaret River area has been updating pastures with rye and clover plantings.

Domestic demand has slowed in Southwest Western Australia. Many are trying to get by on what feed they have as domestic prices are regarded as too expensive. There is very little hay or straw left that is not spoken for in Western Australia. Straw, lucerne, and pasture are difficult to source.

All prices in Western Australia remain steady this week too.

Southeast South Australia has received enough rain to keep things progressing along nicely. Farmers are now coming to the end of winter planting and everything is on track for a favourable season.

All prices in South Australia remain steady this week too. 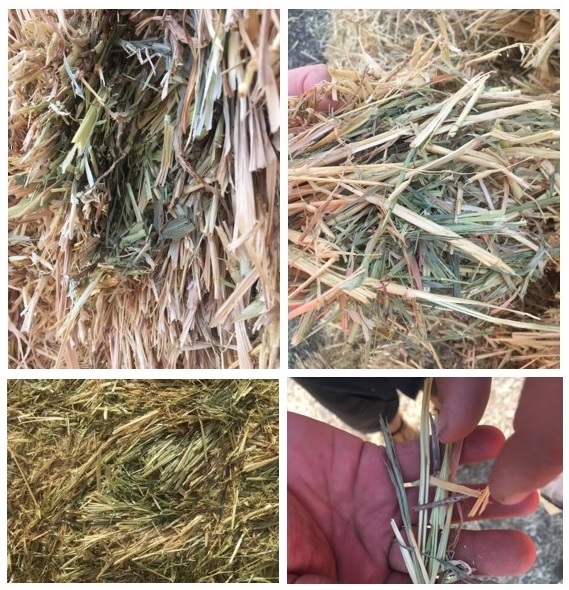